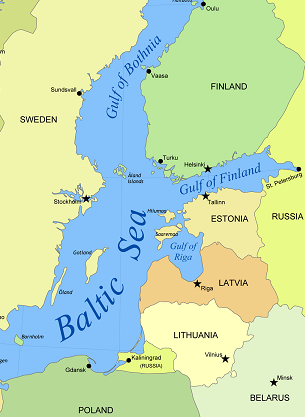 Tallinn is the capital city of Estonia as well as the biggest city in Estonia.

Geographically, Estonia is on the north-eastern edge of the European Union, bordering Russia and Latvia.